Work Uniforms Revamped for the First Time in 50 Years

A new design with improved safety, functionality, and comfort for the 100th anniversary of our foundation

The work uniforms have been revamped on the occasion of the 100th anniversary of the founding of Tsubakimoto Chain Co. (President: Yasushi Ohara; Head Office: Kita-ku, Osaka). It is the first time in 50 years that the entire clothing style has changed. The same design has been adopted for the uniforms used by office workers. The employees will start wearing the new work uniforms from November 1. The work clothes will also be gradually introduced at our Group companies in Japan. 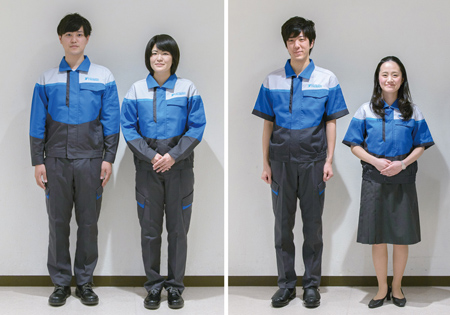 The uniforms' safety, functionality, and comfort have been greatly improved with the introduction of the new collection.

Two private ceremonies—one for East Japan and one for West Japan—were held to commemorate the 100th anniversary of our foundation. The new work uniforms were announced as part of the ceremonies' program.

A total of eight male and female employees served as models to introduce the features of the collection at both ceremonies. The models planned the poses and choreography which brought a lot of excitement to the floor. 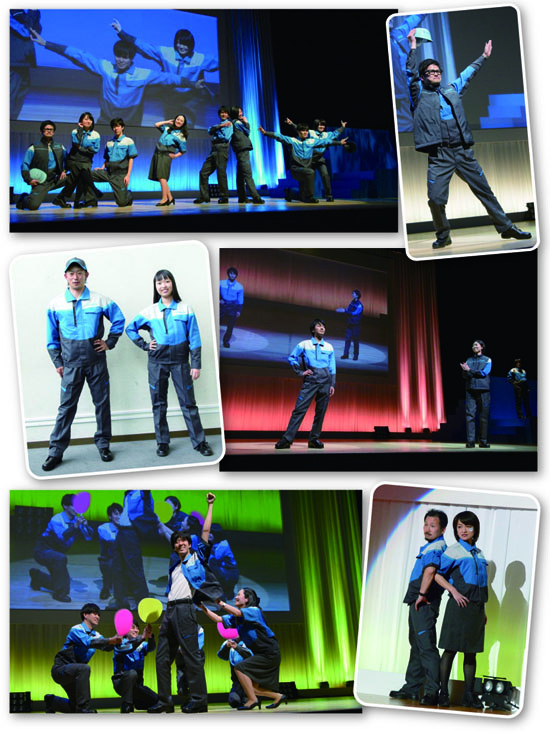